How do the US and the UK match-up in legal?—The Uncertain Decade

In the next decade legal knowledge will be a skill, not a practice. The assumption is that knowledge is table stakes, and technology is now the enabler buoyed by flourishing legal tech start-ups.

These industrious neophytes are marshalling services previously owned by the practice of law stewards, dramatically changing the legal landscape. Another avant-garde concept—that the current legal educational system is misfiring, proving to be generally antiquated and looking for relevance in to 2020s—is also ascendant.

These sentiments and a rousing discussion of how the legal profession operates around the world were debated on a recent global webinar. In the third of a four-part global webinar series, The Uncertain Decade, Legal Geek again brought Mark Cohen, CEO of Legal Mosaic, and Professor Richard Susskind to hash out what necessary skills and education for legal professionals will be in the 2020s. They also provided some fireworks with insights into how the legal landscape differs between the United States (US) and United Kingdom (UK)—all as the Fourth of July approaches.

The practice of law has begun to shrink, said Cohen. Focusing on both the skills and education necessary to flourish in the 2020s, Cohen mentioned that a fundamental shift to machines is underway, along with the increase use of pseudo-legal professions. These professions do not require law degrees, though can allow professionals to perform many components of the traditional lawyer. In fact, the UK has empowered this movement by creating a formalised rulebook that outlines six types of work for legal professionals; thus, opening the door to other work outside of the six that can be done by non-legal professionals.

Deloitte observed this change, stating that 40 percent of all legal tasks will be automated by 2030, said Cohen. “This is not the end of lawyers, rather a call to re-tune their skills by learning more about business, technology, emotional intelligence, and collaboration all in an effort to reimagine themselves focused on the customer”, Cohen added.

Susskind agreed that machines are going to become increasing capable, leading to a future of automation, rather than human task. Susskind outlined two divergent paths: one where humans compete against those computers; and another where humans help design those systems. He favoured the latter, though understands many will align and fight for the former.

Cohen generally agreed. but with a caveat. The law is “a noble profession”, Cohen observed, adding that it has many paths, but if people expect the same passage as other generations, “it’s not going to happen”.

Law schools at a crossroads

Law schools are detached from the legal marketplace and therefore will not be the only group educating the legal industry going forward, Cohen claimed, adding that education is more a process than a place, and upskilling will be omnipresent for all parties. As lines blur among industries including data analytics, computer science, and lawyering, legal professionals must understand culture and the diversity of the legal ecosystem, by becoming more aware, embracing, and utilising new cross-industry models. If not, lawyers will be marginalised.

This is the age of the customer, Cohen noted, and so, legal needs to be better aligned with them. Susskind agreed, saying that “nothing has changed in the last 30 years with most law school training.” All of this concerned him deeply, Susskind added, noting that we are not putting in place a pipeline of what we will need in the legal industry going forward.

Indeed, he surmised that if law school fail us, there will be other groups that fill the void, candidly purposing, “why don’t we get the best person online and bottle that, compared to the our current model of sage on stage, who might just be average”?

Overall, Susskind and Cohen agreed on the education and skill tests for the future workforce, saying that both are integral to the business and they are dismayed by what they are seeing from universities at the moment.

Framing this conversation about the matchup of jurisdictions, Susskind suggested that we think about this in reference to technology and change, and ask, which side is better prepared? Susskind’s famous drivers of change includes:

Through that lens, he spoke about eight areas to determine who is better prepared, the US or UK.

At the end of the day, there is not a huge divide between the US and UK in the legal market, said Cohen, adding however, he is envious of the regulation in the UK, which has set up the legal industry there for success.

Both Susskind and Cohen suggested that in the coming years they anticipate a huge inflow of capital into the legal industry by private equity, which could further improve the position the UK. 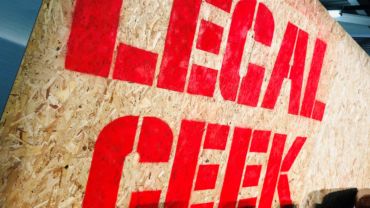 It’s the questions on the mind of every legal professional: What will legal life look like after the COVID-19 passes?…